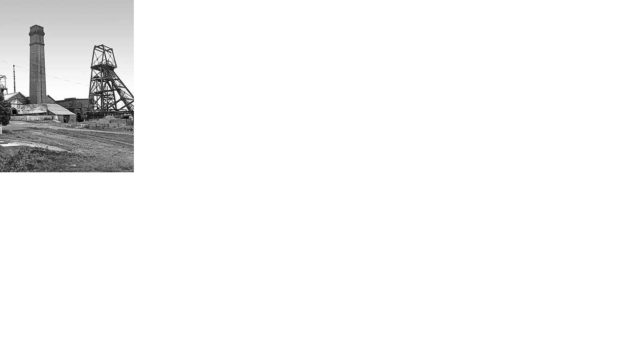 Llanharry is a parish of over 1600 acres and comprises the original village of Llanharry (greatly expanded over the past 50 years) and two outlying hamlets of Tylagarw and Gwaun Llanharry together with a decreasing number of farmsteads of great antiquity.  The monuments of early history have disappeared, apart from St Illtyd’s Church, but the parish itself is of great historical interest dating back to the Bronze Age. Today a plaque in the wall near Naboth’s Vineyard commemorates the discovery of a Beaker Man and Pot discovered in 1929 just below “The Fox and Hounds”.  The Beaker Man was 5ft 9in tall, broad headed and was under 35 years old. The pot 8 inches tall and was boldly designed and delicately made.  It is featured in a number of history books about Wales. A project about “The Beaker Man” won a prestigious Local History Prize for the pupils of Llanharry Primary School a few years ago.

It was the rich deposits of iron ore that next attracted early man to Llanharry from Roman and possibly earlier times. Remains of a shard from the rim of a cooking pot, late 3rd Century AD,  was discovered in 1967, coarse pottery at Ty Isaf and coins of several Emperors found near Forest Road Quarry suggest that the Romans and Romano British were interested in extracting and possibly smelting iron at Llanharry.

The Celtic Saints of the 5th and 6th centuries impacted on the parish as they did all over Wales.  Our Church is dedicated to St Illtyd, whose centre was the great monastery school at Llantwit Major.  A Llanharry teacher and local historian D. J. Francis did a 300 mile pilgrimage in South Wales in 1986 to walk in the footsteps of St Illtyd that created much interest in the 5th Century Saint.

The next important visitors to Llanharry were the Normans, who came as conquerors in the late 11th century.  They built castles in the vicinity such Talyfan, Penlline and Coety to suppress the Welsh.  From Coety, the Turberville family acquired Llanharry Manor and ran it as a typical English manor.  However it was the Scurlage family who were given the northern half of the parish building a “strong house” or “fortified manor house” at Trecastle by 1262.  The Gibbons held it from 1428 and they were succeeded by the Samuel-Gibbons to whom Trecastle still belongs.  For those who like to see the visual emblems of history, the coat of arms and crest of the Gibbons can still be examined in the chancel of St Illtyd’s Church.  This piece of heraldry has given rise to the name of a public house in Tylagarw.

The Llanharry manor lay in the southern part of the parish and belonged to the Lords of Coety from 1350 if not earlier and these lords belonged to the Turberville, Berkerolles, Gamage and Sidney families’ right down to the 18th century.  There is a lovely romantic story of true love between Barbara, the last Gamage heiress of Coety and Robert Sidney of Kent that took the Sidneys away from Coety to Penshurst Place in Kent.  However the Sidneys did not ignore their Welsh estates and in Elizabeth I’s and her successor James I’s the rich iron and coal deposits were extracted by the ruling Kentish family for many years.  Llanharry Manor had its own open fields, strip cultivation, a Common and a Pound.  The Pound lasted until the mid-20th century and the common is still utilised for grazing.

The Church dates back to about 1135 and is described as ecclesiai de Llanhari.  This would probably have been the first church built of stone by the Normans.  The font is 15th century, has eight sides with lovely decorations and is like the fonts in Pyle and Llantrisant in style. The old church lasted until 1867 and then was completely flattened and rebuilt stone by stone.  The architect was David Vaughan of Bonvilston, who also built Llansannor School and rebuilt Miskin Manor.

Llanharry like many villages was affected by the English Civil Wars of the mid-17th century between the King (Charles I) and Parliament.  The person who suffered most in Llanharry was the Rector of Llanharry, the Reverend Edmond Gamage. As he was finishing the harvest of his fields, his glebe land, glebe corn and Rectory were seized by the Puritans, who closed his Church for ten years allowing only Baptists to preach there.

The 18th Century was a difficult time for the Church at Llanharry. After 1760 there was no resident parson and the poor curate had to look after Llanharry, Llanilid and Llanharan for a mere £32 a year.  There was no school in the parish until the famous Griffith Jones of Llanddowror established his Circulating Schools by the mid-18th century.  Once established the morality of the locals vastly improved with “swearing, drinking, scoffing and profaning the Lord’s Day” having ceased.  We have to wait nearly 100 years for the next school to be established in The Bear Inn. The teacher came from Bristol and taught the children to speak and read English about 1847.  The next master Mr Edward Hopkins taught in the same pub until he was nearly 80!  He frightened the pupils if his weekly supply of snuff ran out!  The Rector, the Reverend William Williams used to visit the school on Fridays and Hopkins would vanish into the pub.  Bedlam broke out until the old school master returned and silence reigned supreme.  But the kindly old Rector never criticised the children and even gave them apples from his Rectory orchard.

In the mid Victorian Age there was a mini industrial revolution on Llanharry Meadow with a thriving colliery, brickworks and a distillery in operation.

The first houses outside the village were built by a colliery owner and were called “Colliers Row” about 1840.

A new school was built for pupils in nearby Llansannor about 1870 and was called “The Mountain School”.  It is still a popular school today.

The Victorian Age also saw a series of mines being opened on Llanharry Meadow for coal and for iron ore just a few hundred yards from the church, on the Pontyclun road called The Patch Mine.  The name patch is Cornish and still survives. Also there was a tram road running from the Meadow to the Patch Iron Mine and thence to the Cowbridge – Llantrisant railway.  At the end of the century Llanharry acquired a railway halt and then a station.

The 20th century saw great changes to the village and would make it almost unrecognisable to our forebears.  The Llanharry Iron Mine was opened at the start of the century and lasted until 1975 when it was the only iron mine in Wales!  It employed men from Llanharry and district and soon new Council houses were built in the 1920’s called Addison Avenue and later Tylacoch.  A new school was built in 1913 and the 100 year anniversary has been celebrated by the Primary School pupils.  After the 1939-45 War council houses were built at Aelfryn, Gelli and a large estate at Pant Gwyn in 1953.  As house building advanced farm land decreased and it is hard to believe that in 1900 there were a dozen farms in Llanharry – now hardly any are left.  It is good that the Hopkin family recently celebrated 100 years of farming at Trecastle.  New schools arrived as the population grew.  The Tin School was replaced by a new Junior School in 1935 and in 1959 a Secondary Modern School was built (now Ysgol Llanhari); the same year as the Workingmen’s Club.  Both are still thriving.  The village once boasted five pubs and The Bear and The Fox and Hounds still flourish.  A big change occurred in the 1970’s when the M4 arrived and this caused a farmstead called Gelli Gneuen to be demolished.  It dated back to the 1550’s i.e. Elizabeth I’s reign.  From the 1960’s  modern amenities arrived such as a Surgery, Community Hall, Church Hall, Recreation Field and from 1974 a Community Council, but there have been losses too such as The Miners’ Welfare Hall, the farms and Peniel Chapel, that in the early 20th century had been the spiritual home of most of the parishioners.  Those who love history might like to know that in a land of chapels it was the only one that arose out of a game of football in the 1820’s.

Football has always been a popular sport in Llanharry.  Like in nearby Brynna rugby has never taken root in Llanharry.  The first team called “The Pops and Flagons” played on Bronwen Field before the First World War.  They changed in The Bear and while the older ones drank ale, the younger players imbibed lemonade!  It is said the whole team enlisted in the 1914-1918 War.  The 1930’s side were particularly successful winning the Farquharson Cup and the Vale Cup twice.  Soccer is still as popular as ever and is played on the Recreation Field every Saturday.  Llanharry in recent years has become famous for its Horticulture with Flower and Giant Vegetable Shows being held at Llanharry Club and putting the village on the map. Also several books and countless articles have been written about the history of the village.

The past is a proud one.  Let us hope the future will be likewise and that Llanharry retains its identity and is not swallowed up by too much house building and development.